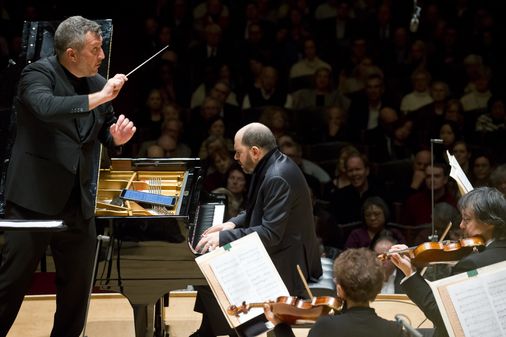 Nadia Boulanger is known more as a teacher than a composer, and the work of her sister Lili, who died in the pandemic a century ago, has been almost entirely overlooked. In these crystal-clear performances, Phan and Huang make an almost eloquent argument for the enduring value of their music.

REYNALDO HAHN, “THE ISLAND OF DREAMS”

Hahn is perhaps best known for his exquisite art songs which form the quintessential soundtrack of the Belle Époque in France, but his body of work was much larger and is still being rediscovered. This year brought an elegant debut recording of his charming opera, “L’ile du rêve”, dedicated to his teacher Massenet. It’s a first score, but you can already hear Hahn’s melodic gifts take flight.

On the occasion of the composer’s 250th birthday, this French quartet presented their own freshly styled and deeply engaged interpretation of the 16 string quartets that represent the pinnacle of the composer’s art and the beating heart of all chamber music literature. .

Carried by the luminaries of her time, the British composer Ethel Smyth wrote more than 200 works, including six operas, but her music practically disappeared with her death in 1944. This year, the conductor James Blachly, the baritone- bass Dashon Burton and soprano Sarah Brailey gave us this strong and touching account of his last major work. Surprisingly – or not – this is his first recording.

These are well-judged and beautifully rendered accounts of Brahms’s sonatas, which are of a touching friendship. Between the two works comes an incisive and contemporary response through Widmann’s “Intermezzi”.

Each musician makes his way through the twists and turns of the musical past. Here, Israeli pianist David Greilsammer evokes his own journey through the centuries with unusual imagination and grace. From Scriabin to Satie, and from Lully to Ligeti.

Toronto-based ARC Ensemble was back at work this year. No band has worked with such a sustained commitment to illuminate the lives erased and the music thrown into the shadows by World War II. They present here the first album ever devoted to the worthy music of Walter Kaufmann, a Czech Jewish composer who fled Nazi Europe to settle in Bombay.

The fruit of the collaboration of several years between the BSO and the British composer Thomas Adès as artistic partner, this album features live performances of “Totentanz” and the immensely complex but very persuasive piano concerto.

A beautiful association of the beloved “Transfigured Night” by Schoenberg with his Concerto for violin both sharp and charged with emotion. Faust’s game has its subtlety and imagination.