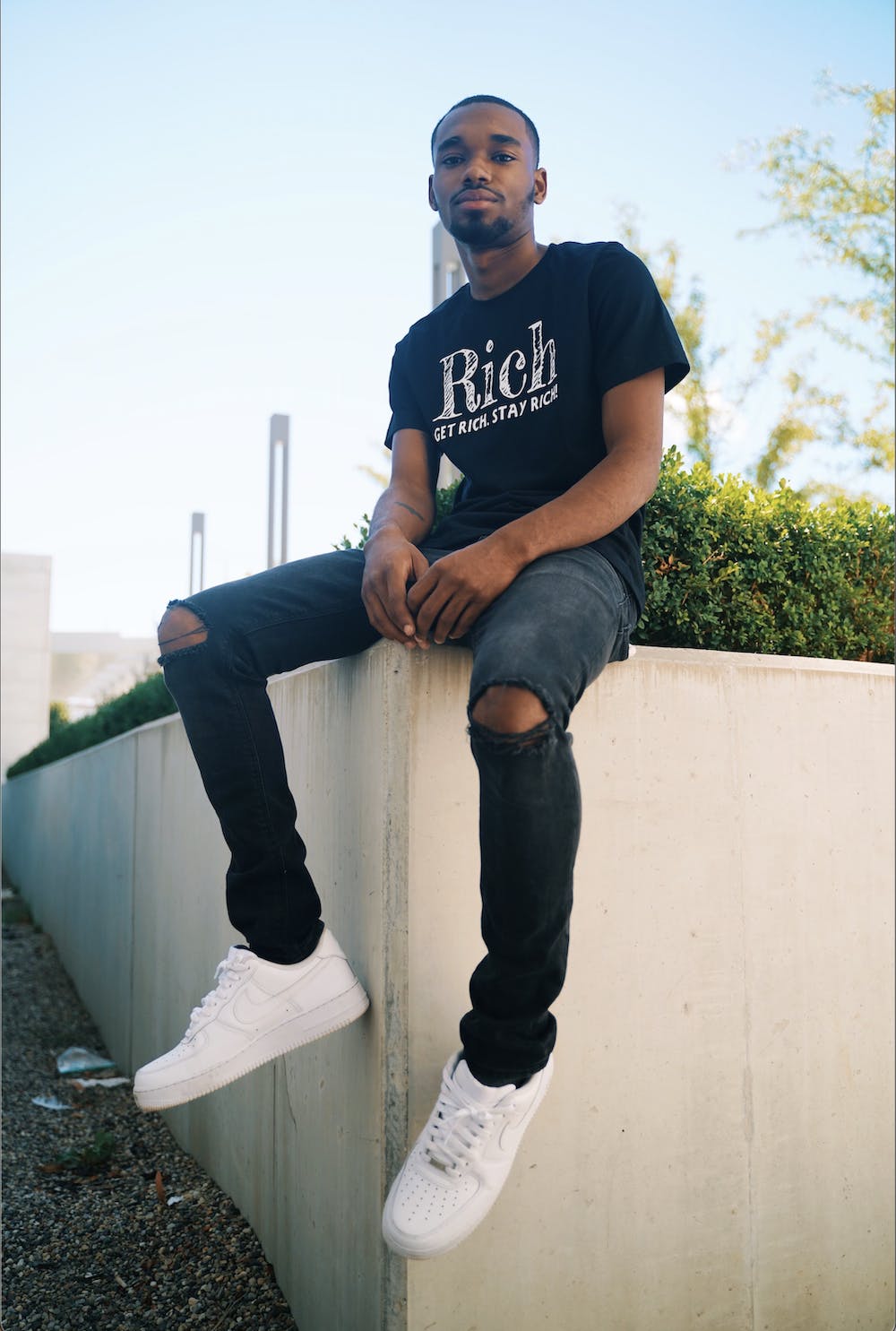 Although the COVID-19 pandemic has brought many challenges, it has also helped spark creativity in some. During quarantine, this 22-year-old Eastern Michigan University student pitched his business idea.

Damon Calhoun is a Detroit native studying public relations at EMU with a minor in journalism. On his Youtube channel named The TimeLine Podcast (TLP), it interviews local musical artists and more. Additionally, he has a connected website where he posts music reviews and an Instagram page that keeps followers up to date with the craziest current pop culture.

“It started in 2019 with me and my friend and we just had the show on Soundcloud, there was no video, it was just me and him and a microphone,” Calhoun says. “When we started, the show was based on discussing whatever was trending on the timeline (hence the title), whether it was Twitter or Instagram or whatever.”

After three one-hour episodes, the two ceased to be consistent. About a year later, the pandemic began and Calhoun restarted TLP in quarantine, but alone this time. Soon after, he had the idea to start interviewing people.

“I had the idea in mind to interview Gucci Lando, he was the first person I interviewed, and he was just my friend but he was rapping, so I thought that might be my debut” , says Calhoun.

During those few months when everyone sat around the house bored, Calhoun watched a lot of interviews. He began to realize that some of the biggest pages were made up of older white men asking the hottest rappers invasive questions that were only loosely related to music.

“I started doing interviews the way I wanted it to be done or the way I thought it should be done and it worked,” he says.

After posting his first interview, Calhoun got 2 or 3 messages from people saying they wanted to do one too, and started interviewing everyone who said they wanted to.

“I got to the point where I started targeting people, so I got more acclimated to the music community in Detroit and discovered people who were arriving around the same time as me, so they would be more willing to sit down with me and do an interview because it’s mutually beneficial,” Calhoun says.

Doing more interviews led to even more interviews. Now Calhoun can receive 20 messages after posting a video, allowing him to be more selective about who he sits with, rather than just taking what comes.

“One of the first videos I did was about 21 Savage’s new album release and I had a part where I was talking about Metro Boomin and I posted that and he followed me. So that’s another one of the first things that made me feel like I had to keep doing it,” he says.

As TLP grows, Calhoun hopes to continue connecting with bigger artists, as accomplishments like these motivate creators to keep going.

“My biggest interview is with a rapper from Cleveland, Lil Cray, but I interviewed him in Atlanta,” Calhoun said.

While most of his interviews are based in Detroit, Calhoun’s other biggest market is Cleveland. No matter who he interviews, he feels he is always gaining knowledge with each encounter.

“I learn something from everyone I interview, and that’s really cool for me because I like to do something different every day,” Calhoun says. “I basically interview people every day, but it feels different to me.”

While the interviews have primarily been of musical artists, Calhoun is open to interviewing anyone and has previously interviewed a dancer, videographer and fashion designer.

Music being Calhoun’s biggest interest, it is the main focal point; however, TLP also consists of discussions on sports, pop culture, and interesting unexpected news.

“I started the Instagram page around the same time during quarantine, and I was just using it to try to promote the podcast, and then I just came to the conclusion that it could be a part of it,” Calhoun says. . “I can put content here, others on YouTube. I also use it as a tool to reach people to get new interviews; that’s usually how they find me. I can also promote other people’s music.

Besides the Instagram page, Calhoun also made a website just a few months ago, where he writes and publishes music reviews.

“My first article I wrote was about WTM Dae Money, who I also interviewed. He released a new album and it inspired me to write an article about it, like I like it so much that I wanted to tell others,” Calhoun said.

After writing his first article, he wasn’t sure where he was going to put it, so he decided to quickly create his own website.

“I created a very basic website, it took me about 30 minutes, I wrote the post and went from there,” says Calhoun. “Now whenever someone contacts me for one, I write it down, or whenever I see something I want to write about.”

In the past, Calhoun wasn’t sure what he wanted to do with his life, but TLP gave him purpose.

“Before that, people always asked me what I wanted to do and I never knew, and then it just popped into my head,” he says. “Once I realized I could do it, it made me want to do it more.”

For the future of The TimeLine Podcast, Calhoun’s primary focus is expansion.

“Right now I’m mostly based in Detroit, so I want to have a lot more artists from Cleveland, but also Chicago, Indianapolis, Milwaukee, places in the Midwest where the world isn’t tapped yet,” he says. . “There are a lot of artists in these places, but there’s not a lot of media. I can literally see it, I can see the room for growth, I can see the need and the market.

While currently working as a social media manager at Puffer Reds in Ypsilanti, Calhoun would like TLP to grow to the point of making it his primary career focus.

“At some point, maybe I want to have a type of show that I do, maybe similar to Oprah and 106 & Park together, something like that, but I’m not exactly doing that yet, but the expansion [of TLP] that’s what I’m currently thinking.

Seeing the progress he has made encourages Calhoun to keep going and find other ways to grow with his ideas.

2022-02-14
Previous Post: Epigram Music artists to watch in 2022
Next Post: How does an installment loan process work at Heart Paydays?