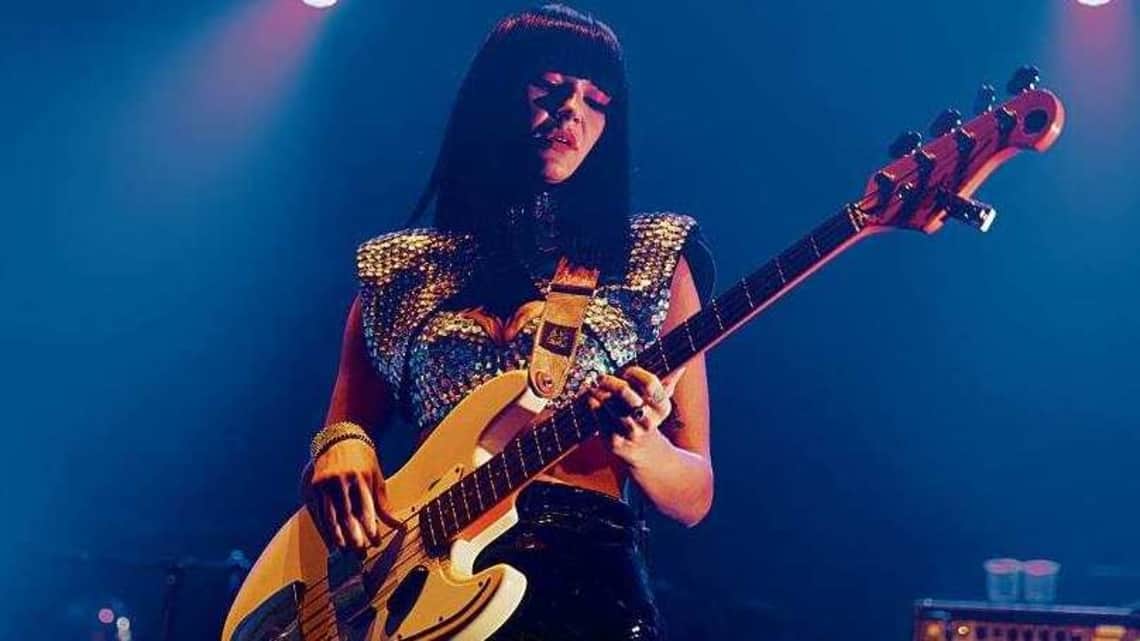 Most of us would like to erase many memories of 2020 as the year draws to a close. But for music lovers, this past year has been remarkably good. Forced closures, quarantines and social distancing meant that there were no tours or concerts. It hit musicians’ livelihoods hard and disappointed fans. Yet it has also led more and more musicians to head to the studio to create new songs, albums, and EPs, many of which have been brilliant.

This is the time of year when music publications publish their annual lists of top albums, EPs, and songs. Many such lists have already been published. But what if you had to make a list of 10 albums from this year, drawn from different genres and, perhaps, representative of the kind of creative resurgence the Year of Covid has witnessed? Which would you choose? Well, here is what I would like to end the year with.

Khruangbin’s psychedelic music draws its inspiration from all over the world. The Texas-based band released a new album this year titled Mordecai. But they also published Late Night Tales: Khruangbin, a curation of the trio of 15 tracks to listen to at night. They come from artists as diverse as Carlos Santana and Alice Coltrane; Pakistani pop singer Nazia Hassan (known as the Queen of Pop of South Asia) who died in 2000 at the age of 35; Nigerian reggae superstar, the late Maxwell Udoh; and the Roha Band of Ethiopia, which enchantingly merges modern and traditional music. Play the album at night and prepare to be transported.

The powerhouse of Canadian band Destroyer is singer and frontman Dan Bejar, who makes records that are always distinctly different from one another. On the new album, Did we meet, the only conventional instruments are an electric guitar and a bass. Everything else is electronic. But you will have a hard time realizing it because the sound is so alive. The lyrics are cryptic but thoughtful, and the synth-pop sound surprisingly pleasant. If you want to reverse 2020 lows, spin it.

If you haven’t heard Porridge Radio, Brighton’s indie rock band, try their latest one, Every bad. This group has it all: the DIY philosophy of their recordings, the dynamism of singer Dana Margolin (she whispers, she cries, she grunts but can also be tender), the lyrics (Born confused starts with I’m bored to death, let’s talk), all. Their words question and contradict; their music is muddled but the production is fluid; and their attitude is in-your-face. What’s not to love about an album that has it all and is also on this year’s Mercury Prize shortlist?

Even if hip hop is not your scene, you won’t regret trying Riz Ahmed’s The long goodbye. The British-born actor and activist’s second album is themed on the rise of racism in the wake of Brexit and the alienation facing Britons in South Asia. There are samples of Indian and Pakistani music and references to writer Saadat Hasan Manto. If you don’t like rap, listen to Ahmed in Where do you come from: Skinheads meant I never really liked the British flag / And I only got shit when I got back to Pak / And my Indian ancestors, but India wasn’t for us / My people were built the west, we even gave skinheads swastikas / Now everyone everywhere want to get their country back.

You will probably listen to the rest of The long goodbye. In rehearsal.

Not so long ago this column featured the new Fleet Foxes album, Bank, an immediately sympathetic set of 15 songs that act as a welcome balm in these troubled times. With tracks that include a nostalgic tribute to musicians who died this year and earlier, and other songs that are a soothing blend of melancholy and happiness, Bank, created by frontman Robin Pecknold during an extended lockdown period, could find an essential place in a playlist to end this year.

Rina Sawayama was born in Japan but raised in Great Britain. A Cambridge University graduate, she began her singing career in a hip hop group, but her debut album, SAWAYAMA, is an unlikely amalgamation of crisp guitar riffs and R&B-style pop vocals. SAWAYAMA is an ambitious and daring album. His unique sound and his unusual lyrics (for pop) (in Sad Akasaka, she sings: Hotel corridor, blackened rear window / Crawling under my skin / I took the plane to escape, but I feel the same / Jet lag is making me lose weight) make it into a pre-pop album that you would like to explore.

Damon Albarn’s favorite project, virtual band Gorillaz, is never afraid to push the limits or break the rules. Their new album, Song Machine, Season 1: Strange Timez, is part of a project that includes singles and videos. On the album, Gorillaz collaborates with guest musicians including Robert Smith of The Cure, Elton John, Beck, Peter Hook (Joy Division co-founder), ScHoolboy Q, Unknown Mortal Orchestra and many more. Phew! The roster is so impressive and the music so diverse – name a genre and it’s there – that the album fits effortlessly into my list.

The seven albums listed above, in no particular order, are by no means an exhaustive list of the best of 2020. After all, the year has seen some brilliant releases from many other musicians as well. But three of them are taller than the others. And they come from three greats of all time: Bob Dylan released his great masterpiece, Rough and rowdy manners; Neil Young searched his (obviously bottomless) archives to give us House, a bittersweet breath from the past that was recorded in the 1970s but remained unreleased for 46 years; and then, recently, an album by Jimi Hendrix was released, Living in Maui, recordings from one of the guitar magician’s last concerts before his tragic death in 1970. These three albums make up the remainder of this year’s closing playlist, bringing the total to 10.

The Lounge list of 5 albums to end your week

3. “The long goodbye” by Riz Ahmed

First Beat is a column on what’s new and groovy in the world of music.