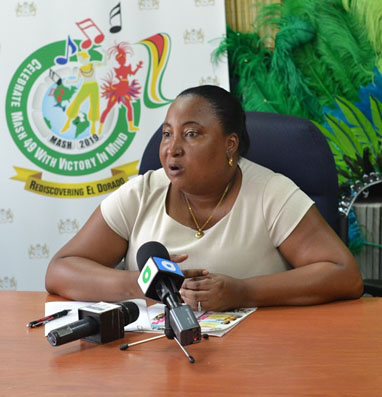 The Ministry of Culture, with the aim of promoting the inclusion of citizens in the upcoming Calypso, Soca and Chutney Monarque competitions, and to provide visibility to participants, will allow people to vote online for their favorite artists.

A statement from the Department of Public Information (DPI) noted that the approach came from the recognition by the ministry of the need for intense promotion so that all candidates can compete at the same level, as well as recognition that citizens must play a role in determining who the deserving participants in competitions are.

“We give the participants another chance to win something because sometimes the judges’ decision is final, but the audience’s point of view is more like a different person who is not necessarily the person who won”, director of the culture, Tamika Boatswain had explained to DPI.

“According to Boatswain, the ministry will also aim to promote the newcomers and their songs to the public, as this will not only allow them to gain followers, but also the much-needed crowd participation during their performance… She explained that those who involved are sometimes unknown. for the audience, therefore, the lack of crowd participation, which is a necessary critical criterion, leads to the judges’ decision, ”DPI reported.

The statement said the department has already started its Facebook polls, which will run until the day the contests are held, with the polls being closed before the end of each to facilitate the awards ceremony.