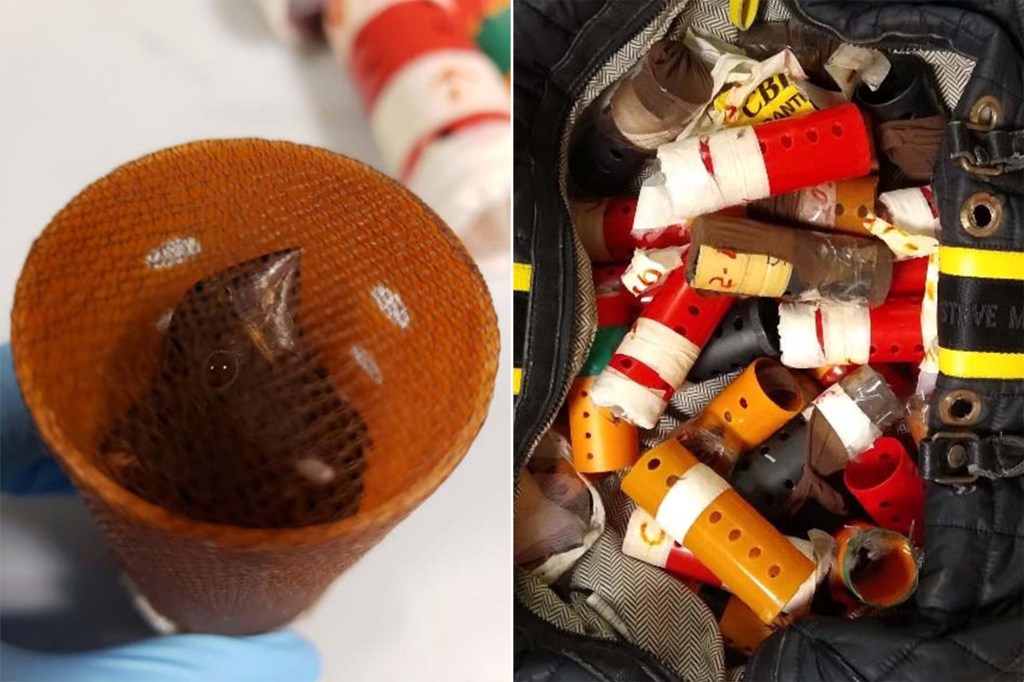 By: Al B. Oldham
In: Singing competitions
Tagged: united states
With: 0 Comments

A Connecticut man tried to smuggle nearly three dozen live finches from Guyana through JFK Airport so he could sell them for use in Big Apple bird singing competitions, federal officials said.

U.S. Customs and Border Protection officials found 34 live finches, each hidden in a plastic curler, inside Gurahoo’s carry-on baggage when he was selected for customs screening, a criminal complaint claims filed Monday in federal court in Brooklyn.

Gurahoo admitted “that he intended to smuggle the birds into his carry-on baggage” and that he planned to sell the finches for around $ 3,000 each, a salary of about $ 102,000, according to the complaint.

“The defendant further said he knew what he had done was wrong, but was motivated by potential financial gain,” the court documents say.

In recent years, according to the complaint, U.S. Customs and Border Protection working at JFK Airport have arrested scores of people who were attempting to smuggle the small grain-eating birds into the United States from Guyana.

US Fish and Wildlife Service Special Agent Gabriel Harper, who participated in the Gurahoo investigation, wrote in the complaint that “individuals are keeping finches for entry into song contests in Brooklyn and Queens” .

“In such contests, often held in public spaces like parks, two finches sing and a judge selects the bird determined to have the best voice,” Harper wrote.

Those who attend singing competitions often play on birds.

“A finch that wins these competitions becomes valuable and can sell for more than $ 5,000,” Harper wrote in the complaint, which noted that “although some species of finches are available in the United States, species from Guyana are believed to be sing better and are therefore more sought after.

Anyone willing to smuggle finches from the United States to Guyana “can make a big profit selling these birds in the New York area,” Harper said in the complaint.

Gurahoo, wearing a red shirt and gray jeans, was arraigned Monday for wildlife trafficking and released after his uncle and cousin posted his $ 25,000 bond.

A judge ordered that Gurahoo’s passport be withdrawn and restricted his travel to New York and Connecticut only.

Gurahoo and his family declined to comment on the case to reporters.

Last December, federal authorities arrested a Guyanese man at JFK airport for attempting to smuggle 70 finches hidden in curlers in a sports bag.

U.S. Customs and Border Protection spokesman Anthony Bucci told The Post at the time that the birds would likely have been used in bird song competitions.

â€œThey’re going to bet on how many times the finch chirps in a minute – which finch chirps the most,â€ Bucci said.

In April last year, two men were arrested for attempting to bring finches into the country from Guyana using the same curler method.

In this case, Victor Benjamin from Brooklyn and Insaf Ali from the Bronx were captured with 26 finches at JFK airport and charged, NBC New York reported.