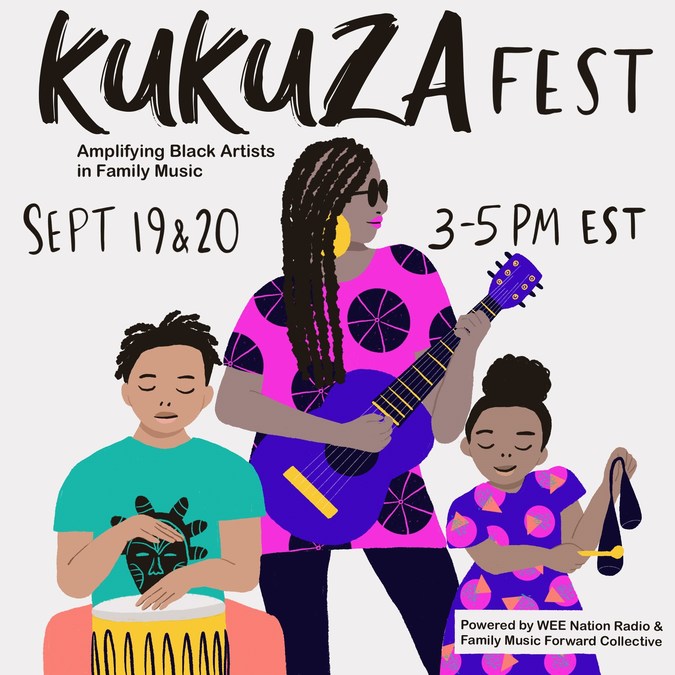 How family music artists have evolved since COVID

Children’s music artists are turning to new technologies to reach enthusiastic audiences during the pandemic.

Life as we knew it changed forever in March 2020. For family music artists, musicians who create music for children, with every library and school closure came performance cancellations. . Within days, the schedules that had been filled with reservations were completely empty. Like many of us, these artists learned new technologies on their own and rethought how to present their art to an enthusiastic audience. For family music artists, the evolution was just beginning.

The changes that began with the closures due to the pandemic were also galvanized as social justice erupted into the national spotlight. In July 2020, 13 children’s artists from diverse backgrounds founded Family music forward (FMF) in direct response to the murder of George Floyd. The organization seeks to transform the family music industry by supporting black artists, children and communities. According to founding member Ann Torralba (Little Miss Ann), since its formation, “FMF has been instrumental in promoting and promoting a more inclusive climate for black artists and BIPOC in the family music scene.” A prime example of this is FMF’s response to the GRAMMY Awards 2021. All of the nominees in the Best Children’s Album category in a year rich in diverse performers were Caucasian. The FMF responded with a nationwide campaign to shed light on this and the inequalities involved in the nomination process.

FMF has also been a leader in creating virtual family concerts featuring artists from marginalized backgrounds. In April 2020, concerts and family music festivals started appearing online. Occasional one-hour concerts every two days produced by the FMF Kukuza feast, the country’s first-ever black family music festival, the organization amplified inclusive music for children in ways big and small. In addition to performances showcasing BIPOC artists, two concerts highlighted the wonderful women who make music for families. The second Kukuza Fest featured black women in family music, and the all the ladies music Festival was a lineup of 14 diverse female children’s artists who appeared on the GRAMMY-winning album of the same name.

This virtual setting was not just a way for performers to introduce their music to families; it also provided the unexpected opportunity to broaden the knowledge of the children’s music community. For Esther Raven, a New York-based children’s musician and relatively new to the genre, this digital landscape made BIPOC artists such as Pierce Freelon, Jazzy Ash, SaulPaul and Culture Queen aware that she hadn’t heard before the pandemic. Crow notes that while things are improving, many schools, libraries and event venues continue to struggle with this lack of awareness. â€œIt’s up to all of us to take an active role in listening more carefully and paying attention to the multitude of culturally diverse voices in this genre,â€ Crow acknowledges.

For New Zealand musician Claudia Robin Gunn, the past 18 months â€œhave opened his eyes and ears to a world of new musicians who have put their work online. â€œFrom a New Zealand perspective, the connections and the shared ‘virtual stages’ that pandemic live broadcasts and online collaboration have brought from around the world are immeasurable,â€ she said. Like so many family artists, Gunn and Crow take advantage of these new relationships to team up with musicians they might never have met otherwise.

In addition to virtual concerts, the pandemic has also given seasoned musicians time to explore new ways to reach their fans, including developing virtual enrichment activities and publishing books based on their music. For a hip-hop group based in Oakland, Calif. Rockers alphabet, whose mission is to “make music that changes”, the pandemic has offered opportunities to deepen some of the themes present in their music, in particular, by creating their online video course against racism for families, “We have work to do. “

The impact of social networks

As the pandemic provided innovative opportunities for established members of the children’s music community, social media had the biggest impact for those just starting out. For Nikki rung (Nanny Nikki), these circumstances provided the motivation to take an online push and go beyond the Chicago area to a national platform. â€œThrough social media and online networks, I was able to connect with artists from across the country and establish myself as a legitimate musician, which I thought was just a dream.â€

Harold simmons (FyÅ±tch) was a newcomer to the children’s music scene in October 2020, and social media gave him a needed boost when two of his songs went viral with the teacher audience. â€œI met 123 AndrÃ©s, Latin GRAMMY winners, via Instagram,â€ Simmons said. â€œThey introduced me to other artists at BIPOC who were composing songs about social justice, body positivity and the celebration of culture. I knew then that my songs about racial equity and liberation had a place.

COVID may have taken a lot of things away, but it has also given family music a new, stronger voice that will continue to evolve and grow. As Alphabet Rocker founder Kaitlin McGaw reminds us, â€œWe need to stay nimble, connected and persistent in our roles as performers and educators. The job is never done.

Veronica De Fazio is the Youth Services Officer for the Plainfield (IL) Public Library District. You can find his opinions and reviews of children’s music at kidsrhythmandrock.com.