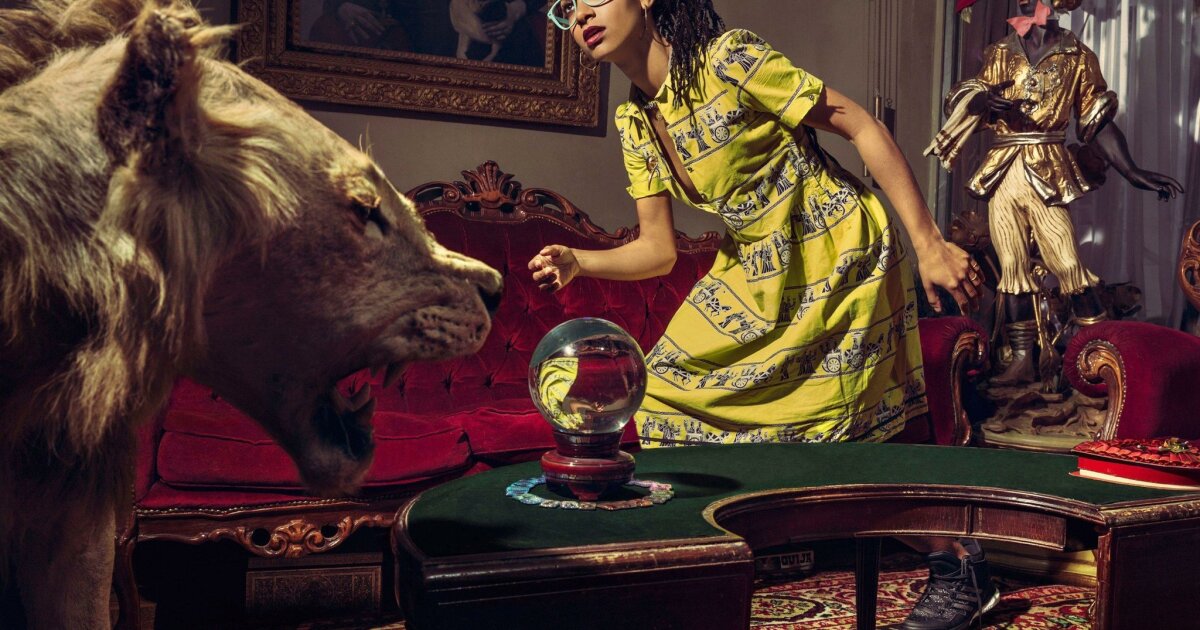 By: Al B. Oldham
In: Music albums
Tagged: singer songwriter

Esperanza Spalding was a rising star in jazz before beating Drake and Justin Bieber, among others, to win the 2011 Grammy Award for Best New Artist. No jazz artist in Grammy history has ever won this category, which has fueled a host of online threats from outraged Bieberites.

Five years later, Bieber (who performs here March 29 at the Valley View Casino Center) continues his stylistic flirtation with EDM, while Drake anxiously awaits the scheduled April release of his new album, “Views From the 6”.

But what about Spalding, the eclectic bassist, singer, songwriter and bandleader, who won two more Grammys in 2013 and another in 2014?

Spalding’s most ambitious work to date, “Evolution” is also the least overtly jazz-oriented release in his 10-year recording career as a solo artist. It combines elements of prog-rock (in particular, King Crimson, circa 1981) and biting funk and neo-soul (in line with Spalding’s periodic musical partner, Prince, at his more daring) with an updated version. the day of classic 1960s rock power trios and the slyly complex melodic and harmonic approach of jazz enthusiast Joni Mitchell (circa mid-1970s).

There also seem to be devious allusions to The Beatles, Kate Bush, Janelle Monáe (another Spalding collaborator) and Dirty Projectors, as well as alternately direct and allusive lyrics, which are sung by Spalding’s cosmic alter ego (Emily is his middle name). The result is an often dazzling concept album that deserves serious Grammy consideration, although in which categories remains to be seen.

The songs “One” and “Funk the Fear” from your new album exude a visceral rock power-trio feel, but with contemporary sophistication. Are you a fan of Cream and the Jimi Hendrix experience?

The opening guitar parts of your song “Good Lava” have an angular feel that reminds me of the pioneering progressive rock band King Crimson, although nothing else in the song closely resembles King Crimson. I know Matthew Stevens plays guitar on your new album, you don’t, but are you a King Crimson fan?

I haven’t checked them yet. But you’re the second person today to mention them, so I’ll do it.

The musicians of “Emily’s D + Evolution” really bring the music to life in a very creative way. Like you, they are jazz-oriented artists with a wide range of contemporary styles to draw from. What specific qualities did you look for in your collaborators on this album, not only musical qualities, but as people?

It was never a question of “who versus whom” (should be included). As soon as I realized that I would need to play this music live, after the demo stage, (it was): “Who do I want here?” … As for their qualities, it was not about: “I want to find someone who can …. blah, blah, blah.” I had an idea of ​​the spirit of music and how to make it evolve with these people who shared that spirit.

There are a few songs on the album including “Judas”, “Earth to Heaven”, “Ebony and Ivy” and “Funk the Fear”, which sound fresh and vital, and, at the same time, seem to be a major tip. from your hat to Joni Mitchell’s big mid-1970s albums with Jaco Pastorius. Is it correct?

Yes. My god, most definitely. I don’t know where I was all my life, I just didn’t know about her. I knew his name, but not his music and his poetry, his paintings or his playing (guitar). I knew her (1969 album) “Clouds”, but I didn’t know she wrote that (entire album). The first time I really became aware of her was with “Dry Cleaner from Des Moines” (from her 1979 album, “Mingus”). And I was like: “who is this person? This is insane! “Then, a short time later, a friend of mine, Erika, stayed at my house. And as a thank you they left me a book and (Mitchell’s 1976 album)” Hejira “. And I was looking at him and I saw Jaco (playing bass) on it. So I was like,” Hell, yeah! “From that first groove, I knew I was going to be (angry) and that the music on that album was going to permeate everything I was going to do from then on, forever.

Fortunately, two weeks after this record entered my life, I was called to perform at Joni’s 70th birthday celebration in Toronto, where she saw us play (her songs). Herbie (Hancock) was there, and (trumpeter) Ambrose (Akinmusire) and (singer) Lizz Wright. It was very surreal that I got involved with her music, and – two weeks later – I performed for her. And then I met her later that year. Her life means a lot to me as a woman of this world and as a creator (of music). She is a woman who simply kissed herself as a person and as a (living) work of art. She seems to me like someone who really trusts her own intuition and the art that he creates, and that’s really inspiring.

Do you hope that your new album will attract a new audience?

I think we – “us” being someone who pulls out something he’s done – always hope it will attract a larger audience than the last thing you did. So, yes, I hope, I think, and I hope he will.

Do you agree if jazz fans who don’t like loud electric music and prefer to hear you on acoustic bass, sit in there?

The exchange of expression is an exchange of pleasure and enjoyment (with the listeners). … If it doesn’t resonate with them, it’s all good. I still play acoustic bass and will do it all my life. So the good news is, if you don’t like it, you’ll like something else that I do.

How much of your alter ego is Emily?

I see Emily as an embodiment of the energy that came to burst that energy within me. It only exists for this eruption process. She opens a door that won’t stay open once she’s gone.

You previewed a lot of songs from your new album when you performed here last summer at a San Diego Symphony Summer Pops concert. After the tour you re-recorded some of those songs. How are they doing on this tour?

They are evolving a lot, because we are still in development mode. So sometimes the music moves and adjusts itself in this phase of its evolution, or in any given phase. When I listened to the record again, I said, “We didn’t play that solo well.” But, really, that only exists in the performing arts.

There were elements of performance art in your gig here last summer, although with the empty rows of seats and the desks behind you and your band on stage, you didn’t have much room to move around. . How are the visual and musical components articulated?

I do not know. The inspiration behind it I can’t speak to, because it’s been a very intuitive process from the first time I was inspired to do it. When I first saw the character of Emily in my mind and imagined how it could be, it was always interdisciplinary, with light and movement, and very kaleidoscopic in scope. … I will say that, generally, I try to re-create what I imagined when I was first inspired by this project. So this has been mostly a process of trial and error, and the inspiration is coming from moment to moment. I could read a poem and say, “Oh, that’s the essence of this scene”. Or I’m going to make a collage and say, “Oh, this is the set design. Or recognize red and yellow as opposite ends of the (color) spectrum. Or I look at our sexuality and our power, and grab what I think is best at the moment.

Is there a life for Emily beyond this tour and this album?