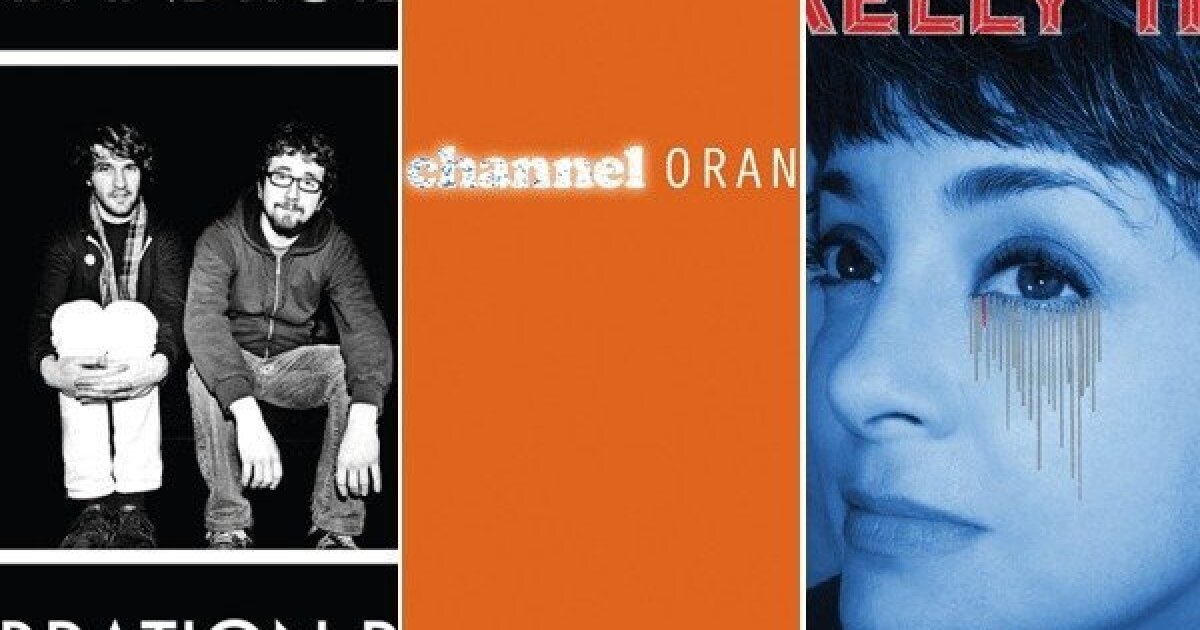 The following are the 10 favorite albums of 2012 chosen by Todd Martens, a member of the Times pop team:

1. Frank Ocean, â€œChannel Orangeâ€ (Def Jam). It’s definitely Ocean’s moment, with its Grammy nominations and the romantic topicality of its songs, but “Channel Orange” has also been a wake-up call for popular R&B. Fragile ideas, scattered electronics and understated orchestrations surround one of pop’s most tender and daring new voices.

2. Kelly Hogan, â€œI like to keep myself in painâ€ (Anti-). Working with a cast of renowned songwriters, Hogan dives into country, soul, and pop, and does it all with grace. Yet whether the songwriter is Mr. Ward, Jon Langford or Robyn Hitchcock, the star is still Hogan’s voice, a laid-back and inviting instrument who is equally at home amid the recession blues of ” We Can’t Have Nice Things â€and the fun bar-band ofâ€œ Haunted â€.

3. El-P, â€œCancer for Cureâ€ (Fat Possum). Throughout the head voyage of an album that is “Cancer 4 Cure” surveillance drones buzz Brooklyn, handwritten notes are left on fallen soldiers, and messages of serenity are pierced with jerky, transforming beats. in shots. Is this a recording of the news or a snapshot of his paranoia?

4. Pit of Passion, â€œGossamerâ€ (Colombia). Michael Angelakos’ records don’t always sound human. The track-to-track production mixes keyboards, guitars and orchestral instruments until it is sometimes little more than a bundle of light equipment. Yet beneath the ultra-modern glow lie small diaries of hard times and difficult life, all adorned with emotional fake soul that at times makes it an unpretentious R&B record.

5. Japandroids, â€œCelebration Rockâ€ (polyvinyl). A rock ‘n’ roll celebration of life that is over before listeners even know what hit them. Guitarist Brian King and drummer David Prowse attack these songs with relentless idealism, going so far as to sing as wild as treasure. But before the comments fade away, they wonder where those days have gone.

6. Power of the cat, “Sun” (Matador). It’s a blues who wants to dance with his demons rather than wallow in them. Each of these 11 tracks seems like a call to action, whether it’s groovy â€œ3,6,9â€ or modernist â€œManhattanâ€. As Latin-accented â€œRuinâ€ clearly puts it, Marshall may not like what she sees, but it’s fun to have fun with sadness and sadness.

seven. Dr John, “Locked Down” (Nonesuch). There’s a lot of tripping to be had in Dr. John’s New Orleans funk, but working with Dan Auerbach of the Black Keys has Mac Rebennack rocking forgotten bones. The keyboard here is akin to something magical – a force for dark mysticism.

8. The Coup, â€œSorry to bother youâ€ (Anti-). The opening number “The Magic Clap” acts as a three-minute opening for the album, adding elements of brassy and psychedelic keyboards, nagging garage rock guitars and a funky, stomping beat that’s militant in its precision. Times will be tough, but no rebellion will fall without a lot of dancing in the streets.

9. Sharon Van Etten, “Tramp” (Jagjaguwar). The drama of Van Etten’s songs is not that of love gone mad or love gone mad. She’s looking for something far harder to pin down, as these songs are an examination of her lonely, sometimes self-sabotaging thoughts. The melodies are there, but it is the tension that is brought to the fore.

10. Lupe Fiasco, â€œFood & Liquor II: The Great American Rap Album Pt. 1â€ (Atlantic). Many have joked about the conspiracy theories Lupe brings up in interviews, but her songs are full of ideas and questions, all aimed at cultural and political leaders. It does not present answers, but simply raises the doubts that too few choose to explore.

Explore the picks of other Times critics and contributors here.

2012 review: the most memorable moments in pop music

2012-12-27
Previous Post: Best Music of 2012: NPR
Next Post: Too popular for their own good: China restricts TV singing competitions