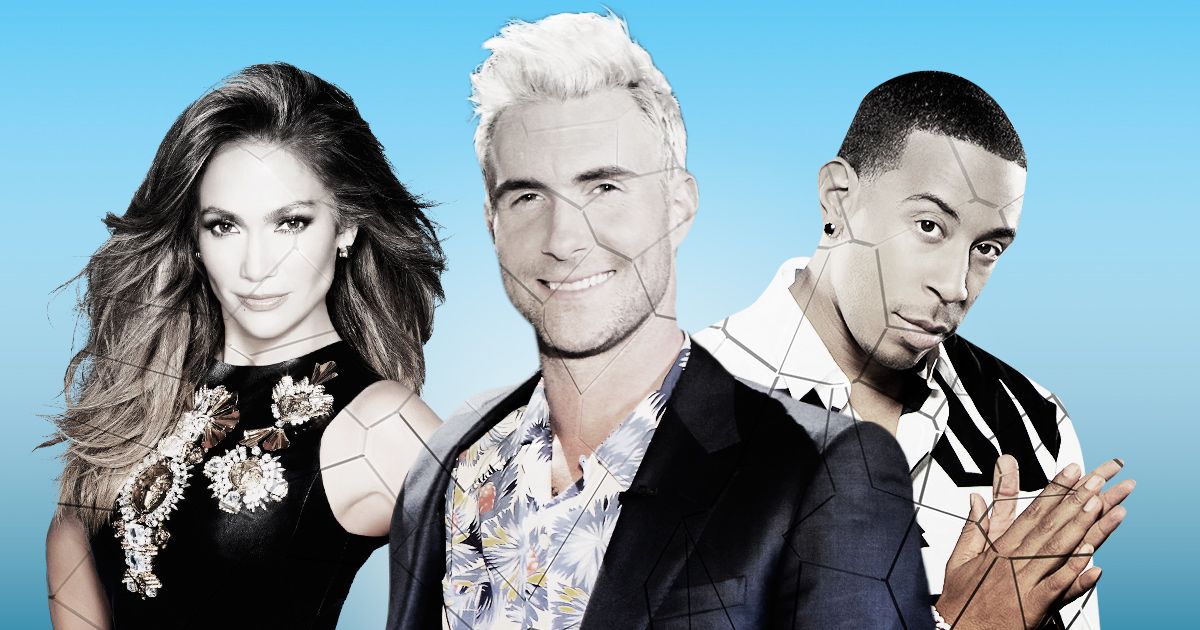 America is really tired of singing contests. What should networks do now?

ABC’s New High-Profile Singing Competition Rising star did not really crack with its first Sunday: around 5 million people watched, many of them under 35, which in summer hardly qualifies as a disaster. But the show’s audience sample was definitely good, viewer levels dropped throughout the two hours, and overall ABC executives must have been deeply disappointed with the very smooth performance of the show. ’emission. After all, the Alphabet network had touted Rising star for months, most recently with a relentless promotional assault during its coverage of NBA Finals and World Cup games broadcast on ABC. (Interestingly, sister network ESPN did not broadcast any Rising star promo during the big USA-Portugal match this weekend. The Disney synergy has its limits, apparently.) The network shelled out significant dollars from the start of the show, paying generously for everything from a chic ensemble and specialized voting app to everything in it. nowadays costs to hire singers such as Ke $ ha and Josh Groban. And the result of all these efforts? Inexpensive Canadian Import Rookie blue delivered nearly a million additional viewers to ABC last week.

Despite his inauspicious start, it’s probably a bit premature to declare Rising star a total failure. As noted, the series has done a good job of attracting young viewers (increasingly difficult to do for broadcast networks these days), and it’s possible (though probably unlikely) that word of mouth will allow The show’s ratings, uh, increase over the summer, as much as American Idol made a dozen years ago. But whatever the final verdict on ABC’s latest unscripted effort, viewers’ lackluster response to such an aggressively marketed network premiere underscores something that has been evident for months now: the competitive music television series, which has dominated pop culture for most of the first decade of this century, is now well past its prime. What does this mean for networks still heavily invested in the genre, and those (like ABC) who still dream of launching the next one? American Idol? Take your favorite Kelly Clarkson playlist and think about where it is right now:

The voice starts to sound a bit hoarse.
NBC’s chair-spinning music contest replaced American Idol as the biggest showcase of prime-time talent in our country, and it would be incorrect to describe it as anything other than a huge asset to the network. And yet signs abound that The voiceThe best ratings days are probably behind. This spring’s finale was down about 25 percent from a year ago, as overall the show has lost about 12 percent of its young adult audience over the season. 2013-14. While such declines aren’t a reason to panic, they’re not the kind of numbers you’d expect for a big news story that’s barely three years old. (ABC Scandal, on the other hand, rose 45% in its third season.) NBC’s challenge over the next year is to ensure that those modest drops don’t turn into major viewer defections.

Part of the Peacock’s problem, of course, is the strategic appeal he made shortly thereafter. The voice took off: Rather than making her singing show an annual event, like Idol Always has been, NBC’s brass chose to air two cycles of the show each year. It was a logical step, since the omnipresence of The voice was one of the main reasons NBC went from worst to first since 2011. But as executives surely knew, it would happen. The voice less special made the show, wellâ€¦ less special (as the dropping ratings underline). Producer Mark Burnett has gone out of his way to keep The voice feeling fresh, like rotating new judges every cycle and adding twists to the game. Perhaps the time has come for more drastic actions, however. At some point, NBC executives will have to seriously consider reducing their reliance on The voice by broadcasting only one cycle per year. That won’t happen this year, given how much NBC still needs to bolster its stable of scripted hits, and given the quality of the three-hour Voice the network is broadcast weekly in ratings. Before too long, however, NBC may have to come to terms with short-term hardships to secure the long-term future of television’s biggest music franchise. If things are going well, however, it is not at all inconceivable that The voice could last another decade, especially as broadcast networks increasingly seek to specialize in DVR-proof event programming.

The idea that American Idol is over is a bit of a stretch.
Yes, the show is a shadow of itself, and no, it will almost certainly never dominate pop culture like it did just three years ago. But that’s no reason Fox is looking at the media cartoon of Idol like a failed loser of a show that has fallen into an irreversible death spiral. As horrible as the ratings were last season, Idol has remained one of the best shows on the network, especially during its first weeks back on the air in January and February. The odds only really started to dip when the show entered the top 12 stage, perhaps indicating that IdolThe hearts of the audience rejected a bland and boring group of singers more than the show itself. But even then, with viewers listening to a quick clip, the aging Idol still got decent grades (often beating the network’s Tuesday comedies, Joy and newcomers such as Rake). Even when Idol gave viewers the worst, a significant audience base remained loyal.

Sadly, all signs from Fox suggest the network does not share this rosy scenario. In what will likely end up being his last press conference as president of Fox Entertainment, Kevin Reilly, the soon-to-be-departed executive, appeared to be talking about Idol almost in the past, mentioning fewer episodes next year and maybe a reduction to one night per week. Reilly will no longer be guiding the show into its next phase, but there’s a good chance the person (or people) replacing him have absolutely no connection whatsoever with him. Idol, and therefore be even more likely to cut Idol cowardly. That would be a shame, because even though last season may have soured a certain segment of the franchise’s viewers, there’s a good chance that viewers who have stuck with the show for this long will give again Idol another hit comes January. If that happens, and if the producers manage to find a better gang of potential superstars, it doesn’t seem ridiculous to imagine Idol finally stopping the decline in its ratings, even slightly up. Just like CBS Survivor became a staple of the Eye’s prime-time programming long after it ceased to be a phenomenon. Idol last, possibly possibly with less expensive celebrity judges and like a summer show. Bottom line: Throwing away one of TV’s most spectacular (and profitable) franchises because of a few bad seasons just doesn’t make sense. (Beware of the basics: If the producers and judges again fail to find interesting candidates next year, we may be the first to beg Fox to put Idol of his misery.)

The time has come to voluntarily ban any further attempts to find the next great musical superstar.
No matter what the critics think Rising star, there is a good chance that the show was never a big success, if only because of the fatigue of viewers in the face of the singing competition. Now, until someone orders a science poll, there’s no way to know for sure that audiences are totally above important music competitions. But logic suggests that there isn’t a lot of bandwidth for this kind of broadcast, and Idol and Voice seem to take a lot of said bandwidth. ABC executives have ignored this logic because they really, really want a competitive music show to be theirs. And the CBS brass seem just as engaged: in February, The Eye unofficially confirmed he was developing an American version of a Turkish singing performance format called In the spotlight, a kind of American Idol Speed-dating competition in which crooners have 15-20 seconds to get noticed before another aspirant takes their turn. The producer of the American show: none other than the former Idol big poo Nigel Lythgoe. With all due respect to CBS and Lythgoe, this project should really go away. No matter how interesting that might be, it’s just hard to see audiences embrace yet another new show designed to pick a single musical star. We already have two such shows, and we’re not even that much on those shows anymore. So why try to force another one on the air? Stop that!

But if the networks are to continue doing music-themed shows, maybe bringing back old classics would work.
Current TV singing shows (both successful and unsuccessful) all revolve primarily around finding a singular talent and crowning a winner. But what isn’t on TV right now is a vocals show that plays to the dynamics of a band. You know, something like the contest / documentary series Make the group, which ran on ABC for two years around the turn of the century, chronicling the “rise” of boy band O-Town (and was later reformatted by MTV and Diddy). Or Rock star, the cult and classic reality show (if such a thing exists) contest that Mark Burnett produced for CBS from 2005 to 2006 (this helps find a new singer for INXS in the first season). And even before Idol, the now dead WB network was ahead of its time with the 2001 Let’s-create-a-band show Pop stars (two words: Eden’s Crush). None of these shows were a huge hit when they aired, but they all did it decently, especially with viewers who were teenagers and in their twenties at the time. If CBS and ABC insist on trying to launch their own music shows, rather than trying to invest viewers in a slightly different view of The voice Where Idol, it might make more sense to just restart concepts that somehow worked in the past.

2014-06-26
Previous Post: A Year of Rebirth: The 10 Best Texas Music Albums of 2013, from Kacey Musgraves to Midlake
Next Post: Singing contest on television “Not what music is about”