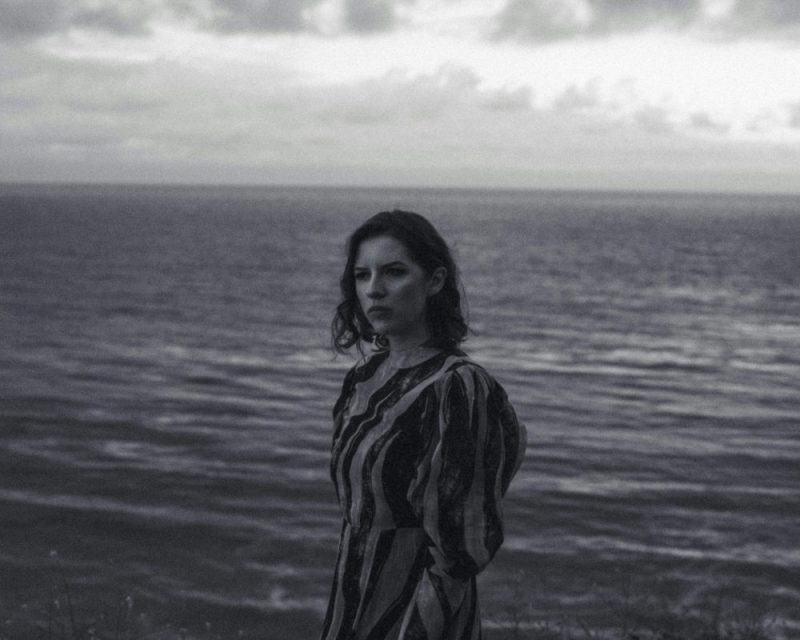 Los Angeles duo SPELLES are gearing up to release their debut album, making it the perfect time to freshen up the two soulful EPs they’ve released so far. A fusion of the talents of musicians Kathryn Baar and Luc Laurent, SPELLES exudes a haunting melodic grandiosity from their songs. Their self-titled debut EP was released in 2015, the dark and spacious soundscapes evoked therein serving as an emphatic introduction to that enveloping aura, from the jangle-rock of “Oh, These Monsters” to the sinuous acoustic tones and crescendo textures of ” Out of the Canyon.”

Three years later, their second EP arrives in the form of Skeleton Coast I and its blends of soulful and ecstatic ethos – echoing the genre of lavish, baroque rock in the vein of Florence and the Machine. The opening track “Dead in the Water” was brimming with bluesy-gospel energies as Baar once again unleashed his zealous moan, while other songs like the sultry howl “Teach Me How to Pray” and gallops serious percussion on “Down to the River” cemented SPELLES increased sonic kinetics.

After spending the pandemic in the studio releasing two singles in 2021, SPELLES is mixing their first full album. One of the first singles was “Machete,” a soaring primal track that signals further growth in the band’s larger-than-life sound. Then there was “Ghost Ship”, an epic and evocative piece that completely rethought the genre limitations that might have been imposed on SPELLES before. There’s an ever-increasing cinematic breadth that comes through in their music, one that’s due to the overwhelming emotion they exude from their songs. When their debut album finally arrives, we expect SPELLES to summon all that jaw-dropping ardor, but until then, keep an eye out for the band’s more spectacular music videos.